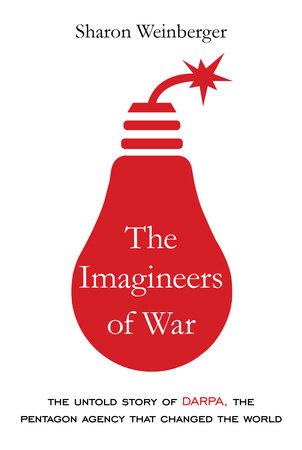 Another great recent source of crazed science stories is Sharon Weinberger’s thorough and refreshingly skeptical history of the Defense Advanced Research Project Agency, The Imagineers of War.    DARPA has been all the rage for the last few years because it has been instrumental in some big advances.  These include the VELA nuclear test detection network, early computer networking, the Internet of Things, and autonomous cars.

But that’s not what we want to hear about.  The US Pentagon is the best-funded ministry of the richest nation in the world, so of course it can do important research.  It would be embarrassing if it didn’t. No, the reason to read a history like this is for the baroque stuff, the ideas that people with too much money and no oversight can produce.

One of DARPA’s very first efforts qualifies: Operation Argus in 1958.   In brief, this was the launching of three small nuclear bombs about 300 miles up to see if their explosions could emit enough charged particles to damage ICBMs as they flew through.  It was elaborate, brilliantly managed, incredibly expensive, and ridiculous.

DARPA had been founded that very year in response to Sputnik.   It showed that the Soviets could launch inter-continental nuclear missiles, which panicked everyone.   DARPA’s immediate goal was to try something, anything, that might defend against them.

They immediately adopted a proposal from Nicholas Christofilos, a Greek-American physicist at Lawrence Livermore.   He had made his bones by inventing a way to focus particle beams in accelerators, leading to much higher energies.   In the mid 1950s he had been working on a fusion scheme called Astron, which contained a hot plasma by having the charged ions spiral around magnetic lines.  When Sputnik was launched, he realized that the same might happen in the Earth’s magnetic field, and was pleased when the first Explorer satellite detected exactly that in the form of the Van Allen Belts.  He fell to wondering if such belts could be induced artificially.  He did some quick calculations, and estimated that a one-megaton bomb could set up a radiation belt capable of delivering 100 roentgens per hour.   That would kill an astronaut fairly quickly, and maybe it would damage an ICBM. 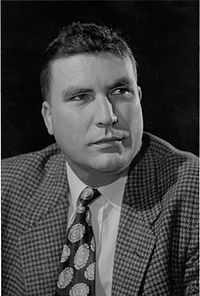 His work came to the attention of Herbert York, Chief Scientist of ARPA, and in only four months the whole experiment was put together.  They were in a hurry because everyone expected that atmospheric nuclear testing would soon be banned, and Eisenhower did halt it at the end of October 1958.  They would use small bombs, of only 1 to 2 kilotons, to avoid ground radiation hazards, and launch them in secret from Navy ships in the South Atlantic, where the Belts dip closest to the Earth.    They would monitor the blasts with equipment on the ships, with sounding rockets, and most importantly with the Explorer 4 satellite.   That was only the third satellite that the US ever launched, and it was already dragooned into this mad scheme.   Van Allen himself helped with the instrumentation on it.

The whole expedition was huge, with 9 ships and 4500 crew.  They did three launches in August and September of 1958, but the scintillator detector on Explorer 4 failed before the third one.   The sailors saw the flashes and then some striking auroras as the particles rained down.  The particles also bounced around the field lines and came down over the Azores in the north Atlantic, causing more auroras.   The satellite really did detect an increase in electron flux up in the Belts, and radio propagation was affected.

The news of the test leaked out a year later.   Detailed reports were published, and everyone congratulated themselves on an experiment well-done.  Christofilos went on to lead an equally grandiose but actually useful project, the gigantic Ground Dipole Antenna for using 80 Hz radio waves to communicate with submarines.  York became chancellor of UCSD, and later helped negotiate the Comprehensive Test Ban Treaty.

Yet no one seemed to have stopped to think this through.   Unless you did a lot more testing, how could you be sure this would have any effect on ICBMs?   And how was that supposed to happen when atmospheric testing was both poisoning the planet and illegal?    Even if this did work, the Van Allen belts start at about 500 miles up, and ICBMs can easily fly below that.   Were they seriously thinking of spending extremely expensive H-bombs and rockets for something that could be dodged with a guidance tweak?   And are warheads that enter the atmosphere at several miles per second really going to be bothered by a couple of minutes of radiation exposure?    A nuclear bomb is pretty radioactive to begin with, so shielding the ignition mechanism and timer wouldn’t be hard.

Still, the coolness factor reigned.   We’re going to build nuke shields in space, with gigantic bombs that light up the sky.   It got the new Agency started with a literal bang.   They got a lot of support after that, although not for projects as spectacular as this.

And nuclear defense is still a gigantic grift.   The US has spent a total of $250 billion on it (see US Missile Defense Spending 1985 to 2017) in 2017 dollars between Reagan’s Strategic Defense Initiative of 1985 and the present-day Missile Defense Agency.   It’s budget is half the size of all of NASA’s, and it can still be defeated with decoys.  Nuclear weapons really are apocalyptic, so maybe we shouldn’t be surprised that they make researchers and politicians lose their minds.

This entry was posted in Uncategorized and tagged big-tech, mad-science. Bookmark the permalink.