Digital computers are a fairly old technology at this point.  The first ones date from the mid-1940s, which makes them older than nuclear reactors, integrated circuits, polypropylene, and orbital satellites.

What they aren’t is a durable technology.  Computers age fast, both because they’re easily superseded by later models, and because their components wear out quickly.   The early machines failed more than once an hour because of bad vacuum tubes, while current ones fail because of heating of their boards and aging in the wiring and transistors of their chips, and because of shifts in software environments that render old programs useless (“bit-rot”).

It’s not uncommon for jet aircraft to fly for 40 years, and there are still nuclear reactors running from the 1950s.  Can any computers claim similar longevity?   That is, are there any machines that are still performing something like their original function?  Let’s exclude museum exhibits or hobbyist re-creations of old machines, because anything can be kept working if people love it enough.   People love the USS Constitution enough to keep it an active warship of the US Navy at age 214, but it’s not keeping the British out of US waters any more.  I’ll also exclude calculators because they’re not quite in the category even though the programmable ones might be Turing-complete.

So what are some genuinely old systems?  I’ll describe a few in youngest to oldest order: 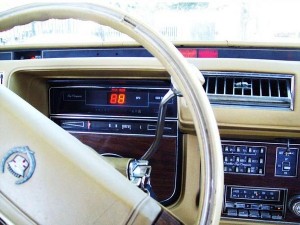 Trip computer to right of steering wheel and above the radio; LED display on dash

This was the first use of a microprocessor in a car.  It used the Motorola 6802 microprocessor, a chip that used 8 bit data with a 16 bit address, and had 128 bytes of on-chip RAM.   It was a $920 option, and could calculate miles per gallon, miles to empty, and time of arrival.  About 57,000 of these cars were built, but it’s not clear how many had the option.   The cars themselves are still readily available. 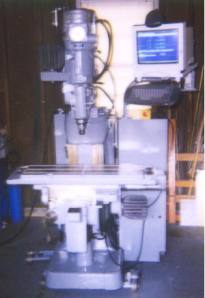 The Series 1 is a famous line of mills, with some 370,000 built over the last 70 years.  They added computer control in the 70s, driven by a DEC LSI-11 board, which is part of the 16-bit PDP-11 family.   The LSI-11 used a set of four VLSI chips from Western Digital called the MCP-1600, which was a microcoded general purpose CPU.   The mill could be programmed to cut slots and circles using something called the BOSS software, which evolved through the late 70s and early 80s.  The machines are still widely available, although the LSI-11s are often replaced by PCs. 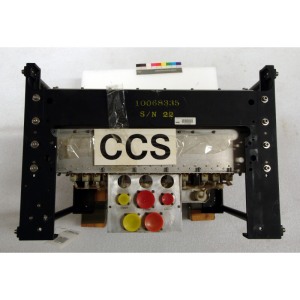 The two Voyager probes are still active after almost 35 years.  They contain 3 computers each according to this FAQ:

They are not microprocessors – they were built out of small-scale-integration (SSI) RCA CMOS chips by General Electric according to JPL’s specs.   When the Voyagers were specified in the early 70s, there were no rad-hard micros available.   The RCA 1802 came out in 1976, and would have served, but it was too late.  Each machine had a backup for redundancy, and some of those have failed.  A lot of the memory bits have gone bad as well, so JPL has programmed around them.

Being able to upload commands to the probes made a big difference.  For instance, when Voyager 1 went past Saturn, it was able to rotate itself to keep the planet centered on the camera, and so avoid motion blur.  It was a better probe then than when it went past Jupiter!

The probes are powered by radio-isotope generators, and they’re steadily losing power.   JPL has already had to turn off most of the instruments.  By about 2025 there won’t be enough power for even one instrument, and that’ll be it.   At that point the probes will be almost 50 years old, and will almost certainly be the oldest operating computers.   Given what a grand success the Voyagers have been, that will be a noble legacy.

This entry was posted in Uncategorized and tagged big-tech. Bookmark the permalink.

4 Responses to The Oldest Active Computer