Another Front in the IP Wars 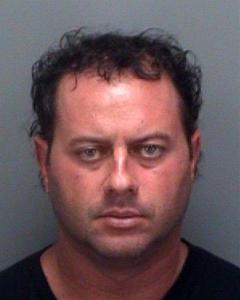 So here’s a juicy story: a company in Florida, VisionTech Components, was charged last September with selling counterfeit Chinese chips to US military suppliers.    It doesn’t get more politically fraught than that.  The CEO of the company, Shannon Wren, was a apparently a well-known figure in drag-racing circles – he was the first to drive a Mustang at more than 200 mph.  He also had a clothing store, Reborn Couture, that sold biker apparel and staged bikini contests.  It has a typically garish MySpace page, but the page hasn’t been updated since his arrest.

The indictment claimed that he bought 60,000 chips from suppliers in Hong Kong and China for $400,000,  changed their markings, and sold them for $16M.    When arrested, Wren had a Ferrari, a Rolls, a Mercedes, and an RV.  The chip biz was treating him pretty well. 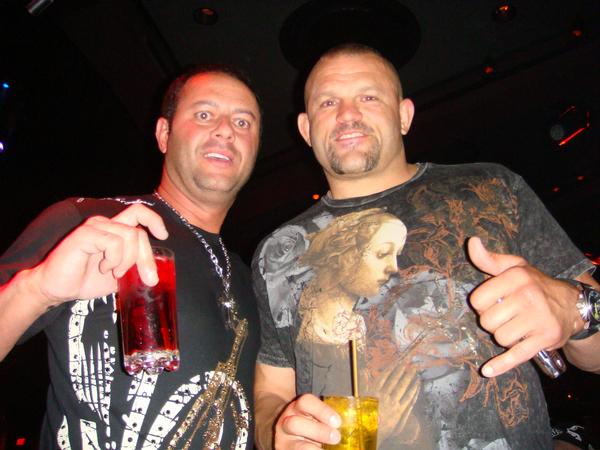 Shannon Wren (left) in happier times, at an event at Reborn Couture

I wonder if he got into chip distribution through his racing.   All modern cars are electronically controlled, and the controller chips can be old and obscure.  It’s common in the semiconductor industry to only manufacture parts for a few years and then abandon them.   I’ve done this myself.   It’s painful to let go of your old projects, but they become more trouble to support than they’re worth. The remaining stocks are bought up by distributors, and anyone who needs them then has to pay a big markup.

The VisionTech web site is down, but I looked in the Wayback Machine to see what kind of parts they offered.    It mentioned the Motorola MC68000P10, a  10 MHz 16/32-bit microprocessor introduced in 1981, and the Texas Instruments TMS34010FNL-40, a 5 MHz 32b graphics processor from 1986.  These were hopelessly obsolete in 5 years time, never mind 30, but if you had to have one, you had to go to people like VisionTech.   Military electronics stays in use for decades, so they often have to pay through the nose for archaic parts. 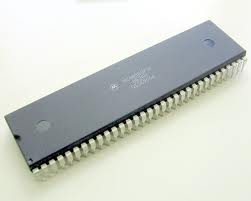 So this is a legit business, although its customers don’t like the way they get gouged.  What wasn’t legit was to claim that parts were military-grade (meaning they run from -55 C° to 125 C°) instead of commercial (0 to 70 C°).  Nor was it legit to claim that they had “Certificates of Conformance” as to how they had been handled when VisionTech didn’t even have a quality engineer.  Finally, it wasn’t legit to claim the parts were made by TI or National or Cypress instead of by unlicensed Chinese firms.

It’s the unlicensed IP part that drew the wrath of the US government down upon this poor schlub.  The DoJ has set up an Intellectual Property Task Force devoted to hunting down just these kind of cases.   They talk a great deal about how dangerous these parts could be, how they could fail in combat situations, and might even contain back-doors and viruses that could disable US equipment.  The US knows all about that ever since it put the Stuxnet worm into the Siemens controllers of Iranian uranium centrifuges.

[Digression: a friend of mine noted that a lot of Siemens execs were in trouble over a bribery scandal in the late 2000s, which was just about the time when the US and Israel could have been pressuring them to insert this worm into their gear.   If they did let foreign spies put dangerous code into their equipment, they deserve much harsher penalties than that for bribery.]

Safety and security are valid concerns, but they aren’t the rationale for this DoJ task force.  Their main business seems to be catching DVD and software pirates.   Just as the movie studios and record companies are trying to draft the DoJ into prosecuting people they don’t like, the semiconductor industry is doing the same.

Yet I’m actually surprised that there’s any money in counterfeiting chips.   The old ones are fairly easy to duplicate, but there’s also not much demand for them.    Maybe they stole the chip design for some piece of high-volume military hardware like a landmine or an anti-aircraft shell, and these sales are just gravy.  It could also be that these Chinese firms really did have old supplies of chips from the original manufacturers that they picked up with some astute bargain-hunting.  VisionTech just changed the temperature grade on them to make them more valuable.   The DoJ could just be making an example of VisionTech as a shot across the bow for any other Chinese firm that might be thinking of cheaping out on a license.

Whatever the reason, they had VisionTech dead to rights.  They arrested Wren and his assistant Stephanie McCloskey in September, and McCloskey pled guilty in November.  She forfeited the $160K that she had made at VisionTech, and agreed to testify.   Wren was brought in for a drug test in January as a condition for a pre-trial release, but was caught using a “home-made prothesis” when giving the urine sample.  His lawyers said “he has difficulty urinating in front of adult males due to an incident that occurred in his youth”.  Could be, or he could have had another reason.  The judge released him anyway, but made him take weekly drug tests.

Then, on May 26th, he was found dead in his house.   There has been no word as to the cause of death, but he was only 42.    He was looking at some real prison time.  They had seized all his cars.  People across the Web were calling him a traitor.  Suicide is a distinct possibility.  There’s been no mention of a homicide investigation.   If he was part of a much bigger scheme, someone might have wanted to rub him out, but it would have been way late to do that.  The DoJ already has all his records and can get his assistant to testify against anyone else.

Or maybe he just had a bad heart.   Here was a guy who liked fast cars and bikini contests, and who came across an easy and lucrative scam.     He could have gotten crunched behind the wheel of his Mustang, but instead he got crunched by slow-motion maneuvering  between the US and China.   When the elephants are trampling about, the mice should stay in their holes.

2 Responses to Another Front in the IP Wars