Fixing the SF in “Avatar”

One of the bizarre things about the “Avatar” movie was that no explanation was ever given for why Evil Corp wanted to plunder the Edenic moon Pandora.  They were supposed to be after some mineral with a joke name, unobtanium, but they never said what it was. 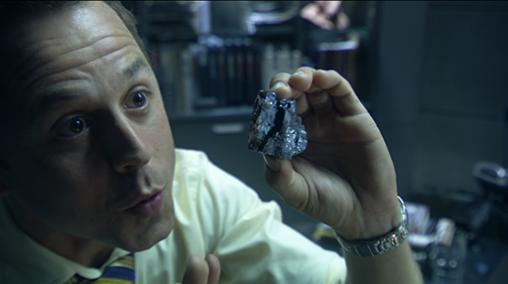 The sleazoid exec going on about this mysterious rock

Even more bizarrely, this didn’t seem to bother anyone in the audience, or at least didn’t bother them enough for them to tell their friends to avoid a movie with a huge plot hole in the middle.   Maybe people have gotten so used to MacGuffins in action movies that they don’t care any more.   Let’s just get to the spectacle as quickly as possible before these 3D glasses give us migraines.

It turns out, though, that there actually is an interesting back-story around unobtanium – it’s supposed to be a room-temperature superconductor.  This would in fact be hugely valuable stuff (although nothing is valuable enough to ship across interstellar space).  Not only can you build perfect power lines with it, but you can build perfect magnets, magnets strong enough to run fusion reactors.   In the movie backgrounder site, Pandorapedia, they claim that it’s critical to building  the matter-antimatter starship drives that allow human beings to get to Pandora in the first place.

It also explains Pandora’s floating mountains.   If a magnet is placed above a superconductor, any motion in it will induce a current in the superconductor that exactly repels the magnet: 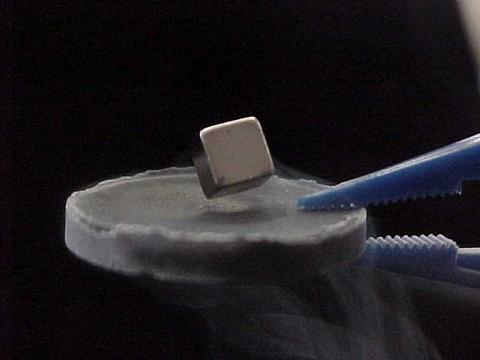 A magnet floating above a disk of liquid-nitrogen cooled superconductor

It’s called the Meissner Effect, and is one of those places where quantum effects show their bizarre nature at a macroscopic scale.

So if Pandora’s mountains contained iron ore, they could conceivably float above a crust that was a superconductor.   The electromagnetic effects of this would be wild, and would explain the disruption of radio in the “Flux Vortex”.

It might even explain another plot problem in the movie.  The Na’vi can see that humans are powerful and dangerous, yet refuse to consider moving away from their Home Tree habitat.  Why didn’t they just cut a deal?  Evil Corp would be happy to pay them off with the Pandoran equivalents of whiskey and guns.   That’s how most of the encounters between the West and aborigines turned out – they traded instead of fought.

But the whole ecosystem of Pandora was supposed to be linked into a vast nervous system.  Superconductors would make fine nerve fibers.  It wouldn’t be an accident that there was a lot of unobtanium under the Home Tree – that was the tree’s brain.  The Na’vi couldn’t move because mining unobtanium would kill a piece of their god.

This kind of background information is actually pretty cool.   I had no idea that any of it was in there, and it would have improved the movie, at least for me.  The only reference to superconductivity was a floating magnet on the desk of the Evil Corp manager, and  I thought that was just an office tchotchke.    It wouldn’t have taken much to drop it in – just a couple of lines here and there, and it apparently was in an early version of the script.

Still, Cameron decided to drop it, and two hundred million movie-goers didn’t seem to miss it.  Maybe he’ll put it into the upcoming DVD release.

This entry was posted in Uncategorized and tagged avatar-ish, sf-ish. Bookmark the permalink.

1 Response to Fixing the SF in “Avatar”